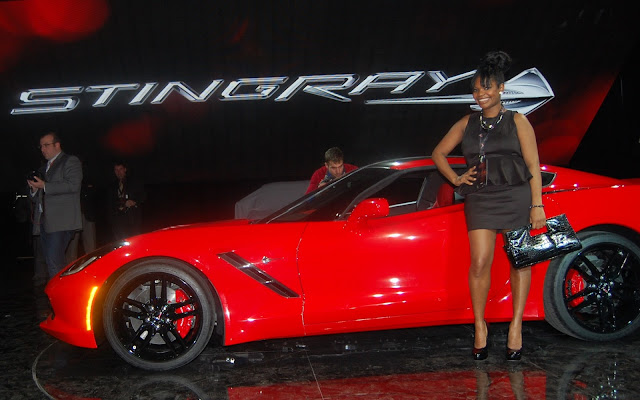 The newly designed Corvette Stingray is the talk of the town! The seventh generation of the classic car is sleeker, wider with an undeniable, "Oh Sh*T!" factor that transforms gawkers into groupies. It's no surprise that it was welcomed into the industry in rock star fashion with a short film, live guitar solo and cool light show as the C7 took center stage. The energy in the room was electric as the audience of executives, insiders, influencers and media welcomed the vehicle with a standing ovation. 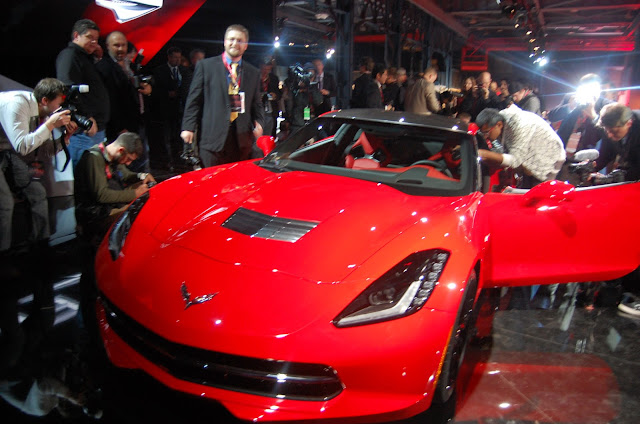 The redesigned Stingray, at an estimated 450 horsepower and 450 pound-feet of torque can blast from zero to 60 mph in less than four seconds and is touted by Chevrolet as the most fuel-efficient Corvette to date, exceeding the EPA-estimated 26 mpg of the current model. 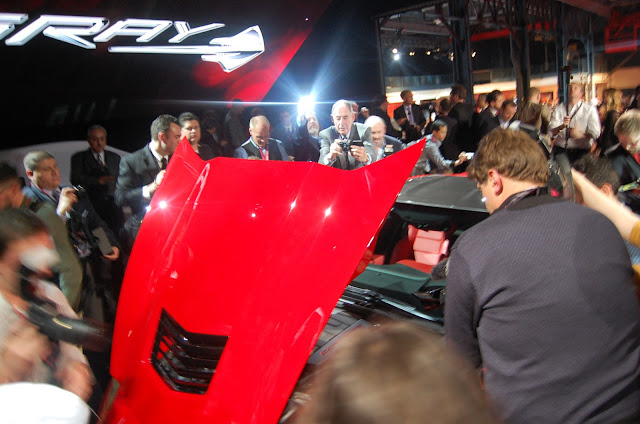 According to Ed Welburn, GM vice president of global design,"We knew we couldn't use the Stingray name unless the new car truly lived up to the legacy, the result is a new Corvette Stingray that breaks from tradition, while remaining instantly recognizable as a Corvette the world over." 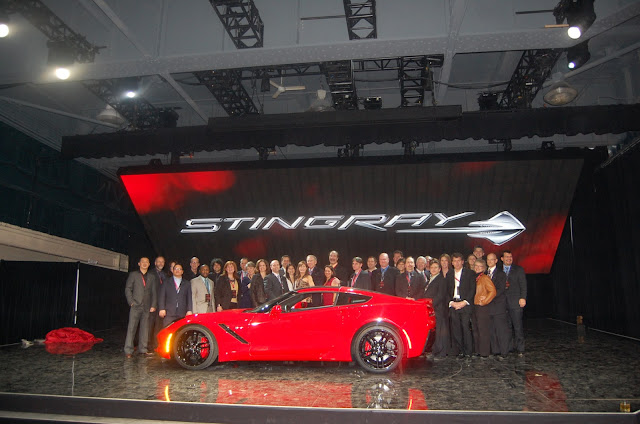 For a full gallery of photos from the event visit us on Facebook: https://www.facebook.com/MsUnderhoodcom?ref=hl
Posted by GlamGirlGo No comments:

Cargazing at the 2013 CES Conference

I had the opportunity to attend my first CES® conference this year and it did not disappoint! For those unfamiliar CES is the world's largest tradeshow for consumer technology and America's largest annual tradeshow of any kind. More than 2,500 exhibitors travel to Vegas to show off their latest innovations to an exclusive audience of media, buyers, geeks and gearheads who gather to see the latest and greatest from the tech field.I got a chance to check out a few previews of the 2013 line up from Ford, Chevy and more, here's a sneak peek at some of our favorite brands.... 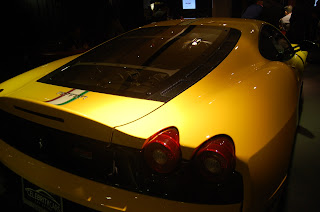 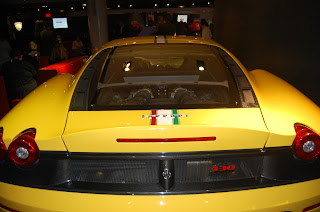 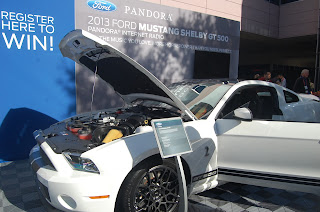 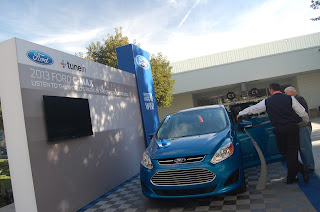 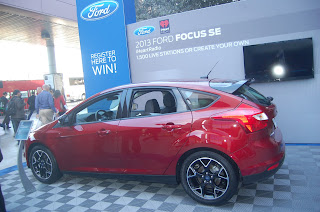 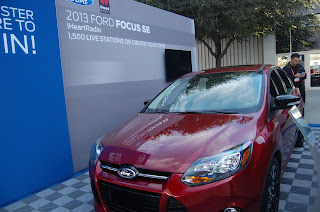 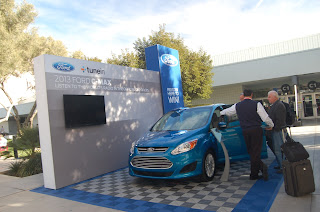 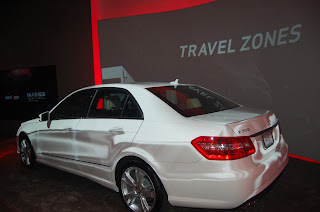 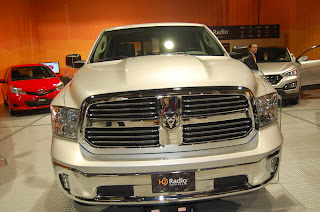 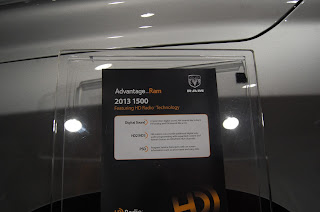 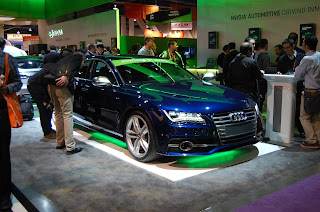 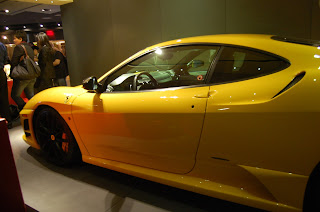 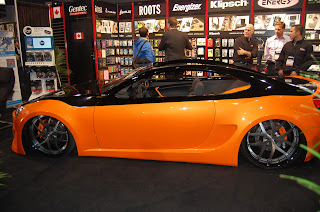 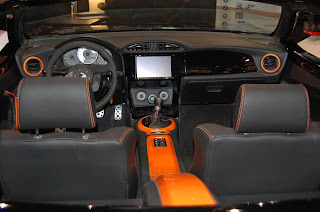 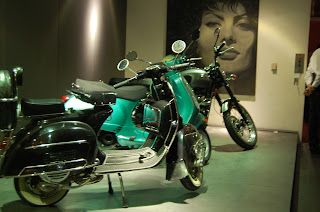 Here's one from the vaults! She was first official profile in my Miss Underhood piece for Intersection Magazine. Since I'm headed to west coast for the 2012 Los Angeles auto show, I thought it would be nice to do an updated post on one of my favorite female drivers and LA native, Ms. Nicole Lyons.


Meet Nicole Lyons Pro Stock racer and one of the first African American female drag racers. She brings glamour to the garage, but don’t let the pretty face fool you. When it comes to cars, Lyons is the real deal. She’s been racing since the age of two, when her father the late Jack Davis, a famous street racer, strapped her into a car seat and took her on a 160 mile an hour ride around the track for the first time. Within 5 years she was learning to drive herself to school and working in her father’s engine shop.

According to Lyons, “I love cars because growing up I would watch my dad start from a car that seemed dead and make it a beautiful hardcore gem. I love their curves and the way they dance when you play that song the engine is responsible for. My whole day consists of cars. I’m very hands on, I get dirty, cars are my life   and I wouldn’t have it any other way.”

Off the track, Lyons serves as Chief Executive Officer and President of Cole Muscle Cars, an engine building and muscle car restoration company.  In 2011 Lyons was selected to be on FOX’s new highly anticipated automotive reality series “CAR WARRIORS.” The 10 episode reality show first aired on February 25, 2011, on the Speed Channel.  “CAR WARRIORS” is a car restoration competition and Lyons breaks down barriers and stereotypes as the teams engine specialist.  Being a star of the show caught the eye of Marlon Wayans who signed Nicole to a deal for her very own reality show.


Aside from television, Lyons most recently made the highly prestigious list of the “10 Hottest Women in Drag Racing,” according to Drag Illustrated Magazine (January 2011 issue) and has been in several magazine publications such as Jay Z’s Life & Times, Upscale, Vibe, Black Enterprises, Chevy Rumble, Drag Racer, Rides, Stark and several more.

Life is filled with full circle moments, nothing makes me prouder than this moment as I officially launch Missunderhood.com.

As a Detroit native and former factory girl, I have had a very unique relationship with the auto industry. From my early days watching informal car shows on Belle Isle, to my first hand view from the factory floor, to my current adventures writing and riding in the latest and greatest vehicles as an automotive journalist. It has truly been an exciting ride! 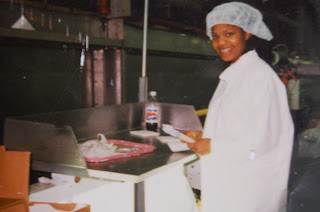 The concept of Ms.Underhood was inspired by my years in the auto industry but most importantly to share the voices of female influencers inside and on the automotive industry. Don't worry guys, this isn't a "sheman man haters club", you are invited along for the ride just know that you got a lady in the driver's seat! 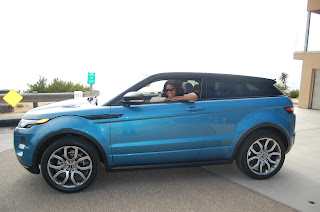 On Missunderhood.com, you can expect car reviews written by real life moms, college grads and new drivers in our "Car Review". Get safety tips and most importantly lessons on mechanics of vehicles in our "Auto 101" posts. I will take you on the road with me on "One Tank Trips" as well as "Girl let's Getaway!" adventures. We will also highlight events, people and places that make the car culture so cool. So buckle up, get ready for the ride! 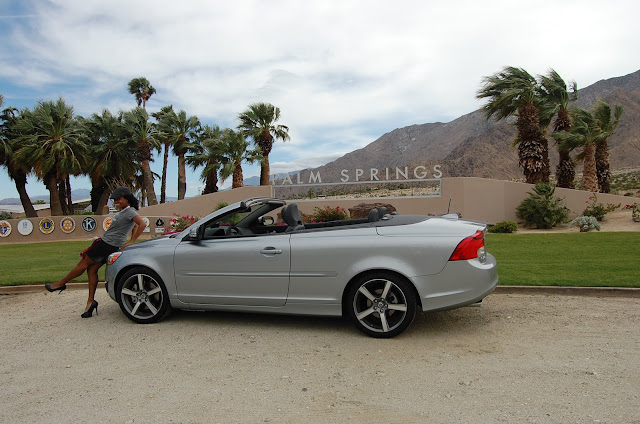 I
Posted by GlamGirlGo No comments: